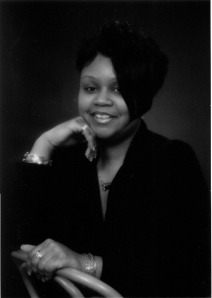 I’ll See You On the Other Side
Spankee, I woke up this morning around 3:30 a.m. with an uncontrollable cough. It wasn’t hot, the normal cause for these fits, but it persisted for about a half hour before I could return to sleep. Of course I then overslept and decided I’d take the day off. I was a little congested so I took some Sudafed Sinus and went back to sleep around 8 a.m.
I didn’t know at the time, but around the time I was fighting the cough you were making your transition. You were finally at peace and the suffering had ended.
So I ask, “Were you saying goodbye, letting me know that you were now totally at peace?” I know you can’t answer, but I am going to take this as a sign, and say that you were sending me your positive thoughts because that’s the type of person you are.
Really though, I think it was God at work. See He knew I was having difficulty coming to terms with the fact that your time on earth was coming much sooner than anyone expected.
Just so you’ll know, I’m holding up pretty good. I know that you are in a better place and that your spirit and the memories of our sisterhood will always be with me, but it’s hard already not being able to pick up the phone and run something by you.
Poochie and I were sitting around reminiscing today and we kept saying how 38 years is so young, but as I think back over the last few years I would have to say you achieved a number of your dreams and your experienced a lot that many of us will never have the opportunity to enjoy.
Rest easy my Sister, my friend, and I’ll see you on the other side.

This site uses Akismet to reduce spam. Learn how your comment data is processed.